Dr Aaron Isaacs completed his baccalaureate degree at the University of California, Berkeley in 1994. Afterwards, he spent several years working in the business and university administration sectors before entering the genetics field in a mouse genetics laboratory at Columbia University in New York City. In 2002, he moved to the Netherlands, where he embarked on his PhD studies in genetic epidemiology at Erasmus University Medical Center in Rotterdam. He completed and defended his thesis on the genetics of circulating lipid levels in 2007. His expertise in family- and population based genetic studies led to numerous collaborations with researchers on both the national and international levels, studying a broad array of phenotypes including lipid levels, blood pressure, anthropometric traits, ophthalmologic features and many others. Since 2008, he has focussed extensively on the genetics underlying cardiac electrophysiology. In 2015, Aaron moved to the Cardiovascular Research Institute Maastricht.

Currently, Aaron is working on a number of projects exploring the role of genomics and transcriptomics in a variety of outcomes, predominantly in the realm of cardiac electrophysiology and arrhythmias. These studies, in both population- and family-based settings, utilize large-scale “-omics” datasets, generated through the use of next generation sequencing (particularly RNA sequencing) and microarray technology, and a broad variety of analytical methods, including linkage, association, and bioinformatics approaches, to determine genes involved in disease pathology, progression, or relevant endophenotypes. The findings from these efforts give insight into disease etiology (and consequences); may identify useful targets for therapeutic intervention or biomarkers; and aid in risk stratification or molecular sub-typing of patients. Aaron closely collaborates with a number of CARIM Principal Investigators, conducting work in projects funded by (among others) the European Union and the Nederlandse Hartstichting (Dutch Heart Foundation) and participates in several large international genetics consortia. 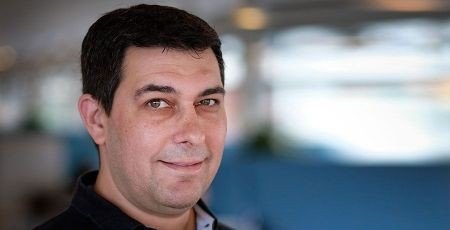