Andrew graduated from the University of London in 1990 with a First Class BSc (Joint Honours) in pharmacology and toxicology and then studied for his PhD with the Leukaemia Research Fund at the University of Wales College Of Medicine, graduating in 1994. He then joined the group led by Professor Andrew Newby for his post-doctoral work in Cardiff and developed adenoviral vectors for gene delivery studies in the cardiovascular system. He then transferred to a lectureship at the University of Bristol (Bristol Heart Institute) to continue studies on adenovirus-mediated gene transfer to assess vascular function and gene therapy. In 1999, Dr. Baker joined Professor Anna Dominiczak at the University of Glasgow as a Senior Lecturer in Molecular Medicine, then as Reader and in 2005 as Professor of Molecular Medicine. Andrew was awarded the Blandsford Prize (1990) in pharmacology and the “Update in Thrombolysis Research” (Berlin, 1998) for his publication entitled “Divergent effects of tissue inhibitor of metalloproteinase-1, -2 or -3 overexpression on rat vascular smooth muscle cell invasion, proliferation and death in vitro: TIMP-3 promotes apoptosis” which was published in the Journal of Clinical Investigation. In 1999, he was awarded the British Cardiac Society Young Investigator Research Prize for his work “Gene therapy for vein grafting:  Tissue inhibitor of metalloproteinases-3 (TIMP-3) inhibits neointima formation in vitro and in vivo in part by promoting apoptosis”. He was awarded the MakDougall-Brisbane prize from the Royal Society of Edinburgh in 2008 and a fellowship from the Society (FRSE) in 2010.  Also in 2010 he was awarded an Outstanding Achievement Award from the European Society of Cardiology and in 2011 received a Royal Society Wolfson Research Merit Award.  From August 2010 to November 2011 he was Acting Director of the Institute for Cardiovascular and Medical Sciences at the University of Glasgow and in 2011 he was awarded a British Heart Foundation Chair of Translational Cardiovascular Medicine. In 2015 he was awarded a Fellowship of the Academy of Medical Sciences and from 1st October (FMedSci), 2015 Andrew relocated his BHF Chair to the Centre for Cardiovascular Science at the Queen’s Medical Research Institute, University of Edinburgh, UK. He became Head of the Centre for Cardiovascular Science in June 2017. He is a visiting Professor at CARIM from 2018.

My research tackles vascular injury. In particular, my lab is interested in understanding the events that occur in the aftermath of both acute and chronic injuries to the vessel wall at the molecular, cellular and whole organism level. Particular emphasis has been on the role of matrix matalloproteinases and non-coding RNA (both miRNA and long non-coding RNA). Once mechanisms are established, we use our in-depth expertise in interventional strategies to form potential new opportunities for therapeutic intervention. These are tested in cell culture models, in small and large animal models, and in human tissues (where available and relevant). If successful, we move to first-in-human trials. Currently, we are fully funded for a FIH trial in gene therapy for prevention of pathological vascular remodeling in autologous saphenous vein bypass grafting. We possess expertise more broadly in gene therapy and how to optimize vector systems for application to both gene therapy and development of viral-based vaccines. Finally, we also study cell-based approaches to vascular disease. In particular, we are interested in the pathways that drive endothelial cell formation using human embryonic stem cell-based systems. This provides an opportunity to understand the cues that define maturation and specification of endothelial cells, as well as understanding the utility of the cells from alleviation of ischemic cardiovascular disease. 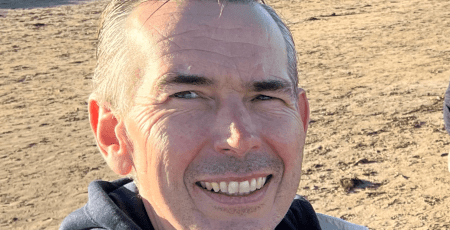