Dr Judith Sluimer defended her PhD thesis at Maastricht University in 2008, under supervision of Prof. Mat Daemen. She established the first proof of hypoxia in human and murine atherosclerosis and investigated the hypoxia-dependent formation and leaky phenotype of atherosclerotic plaque angiogenesis. After her PhD defense, she joined the lab of Prof. Ira Tabas (Columbia University, NYC, USA) in 2008 as a post-doctoral fellow to further her expertise in macrophage apoptosis, efferocytosis and autophagy (funded by the Netherlands Scientific Organisation (NWO, Rubicon), the international atherosclerosis society (IAS), and Maastricht University). Since 2010, Judith has established an independent research line to investigate pharmaceutical and genetic strategies to improve plaque oxygen levels and their impact on atherogenesis (NWO Veni) in the Department of Pathology of Maastricht UMC+. Her team showed a causal role of plaque hypoxia in atherogenesis, and its application for human plaque imaging. Specifically, mice deficient in oxygen sensors prolyl hydroxylase 1 (PHD1) and PDH2 showed very exciting phenotypes in atherosclerosis, conveying a favourable metabolic profile. In 2013, CARIM consolidated her tenure track.

Judith’s team works on the overarching goal and vision is to revert atherosclerotic plaque destabilisation and ensuing clinical events by elucidating the role of cellular players and metabolic processes in atherosclerosis. She is currently focussing cellular O2 metabolism and autophagy as network member of the highly competitive (3% success rate) Leducq grant scheme for transatlantic networks of excellence, and as 2016 recipient of the Dr. Dekker senior postdoc fellowship from the Dutch Heart Foundation. Her group benefits from interdisciplinary expertise, a crucial condition for innovative science, through: 1) the Leducq network, and 2) a honorary scientist position at University of Edinburgh, whereshe advises on studies investigatingncRNAsin atherosclerosis. These interactions have led to an exciting new single cell sequencing data supporting heterogeneity of mesenchymal cells  in healthy and diseases vasculature (NWO VIDI, ERA-CVD). in addition to research and teaching, she has been mentor of BSc students in Medicine and Biomedical Sciences since 2011. Judith was local organizer of EM-EVBO conference (430 delegates) in Maastricht in 2019. She is treasurer of the European Vascular Biology Organization, and board member of the Strategic Board of the cardiovascular research institute Maastricht (CARIM) and the Dutch Endothelial cell Biology Society (DEBS), and editor of Cardiovascular research. 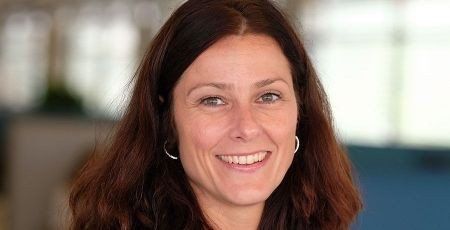