In 2004, she started as a post-doc at Maastricht University (Department of Pathology) and visited the lab of Dr R. Stan at Dartmouth University (USA) to gain expertise in lipid raft isolation. In 2006, she moved to the Department of Cardiology and identified A Disintegrin and Metalloproteases ADAM10 as novel binding partner of VEGFR2. Supported by two prestigious personal grants from the Dutch Heart Foundation (Dr. Dekker junior post-doc and senior post-doc grants), she established her own research line unravelling the role of ADAM10 in endothelial cell functions in atherosclerosis. In 2009, she continued this project within the Department of Molecular Genetics, shifting focus to macrophage functions, regulated by ADAMs as well as High Density Lipoproteins. In 2013, she was appointed as Assistant Professor within the Department of Pathology, where she was promoted to Associate Professor in 2017. Using conditional knockout mice, rendered atherogenic by injection with a PCSK9-adenoassociated construct, she studied cell-specific effects of ADAM10 in atherosclerosis.

Her current research focusses on the role of ADAMs and their regulation in vascular inflammation and atherosclerosis. Major aims are to unravel the underlying mechanisms by which ADAMs control macrophage and endothelial cell functions, and (extracellular-vesicle-mediated) cross-talk between vascular cells, in atherosclerosis and co-morbidities (e.g. chronic kidney disease and NASH). Moreover, in close collaboration with Birmingham University, she aims to reveal how specificity of these proteases is regulated by tetraspanins. 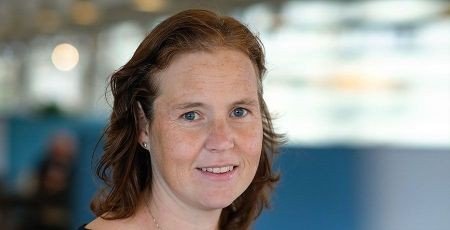