Did you miss our Symposium or do you want to watch it again ?

On 11 December, the outgoing chairman of the board 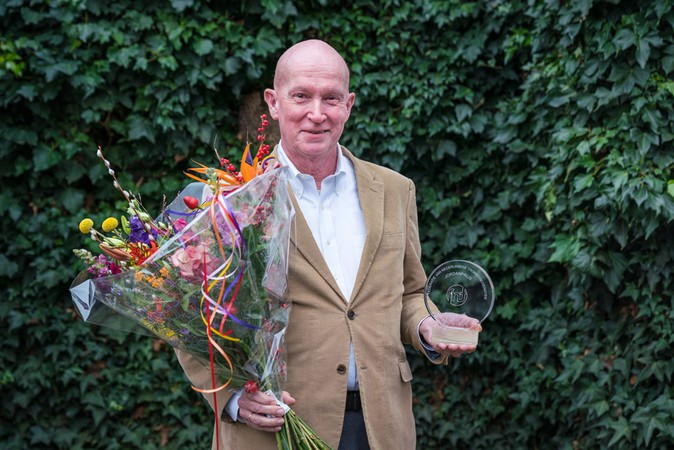 of the Federation of Dutch Thrombosis Services (FNT), Prof. Hugo ten Cate (Dept. of Internal Medicine), was presented with the Jordan Medal during the General Members' Meeting in Hoevelaken.

The Jordan Medal is awarded to people who have made an exceptional contribution to FNT and anticoagulant care in the Netherlands. The medal is named after Prof. Jordan, internist and founder of the first thrombosis service in the Netherlands. The prize consists of a crystal glass plaque engraved with the name of the recipient and the date of award. In the almost 50 years of the FNT's existence, the prize has been awarded 16 times.

One of the major things that Hugo has taken on in his role as FNT chairman is chairing the steering committee that led to the national integrated anticoagulation care standard (LSKA). This LSKA has given an enormous "boost" to chain thinking within the anti-coagulation world.