Stella Thomassen has graduated with specialisation in Biochemistry at the HORITO institute of Turnhout, Belgium. She performed her internship at the Department of Biochemistry at Maastricht University, where she studied the effects of snake venoms on the coagulation system. She started working at Maastricht University under supervision of Professor Coen Hemker on a 8 year grant from the NWO in 1989. For the next 25 years, she worked in the group of Professor Jan Rosing. Next to being a lab manager, she assisted many PhD students over the years to complete their PhD projects. She has authored 49 papers and has an Hirsch-index of 22.

Since the discovery of the effect of oral contraceptives (OC) on the coagulation cascade by thrombin generation assays, Stella was engaged in studying effects that different generations of OC had on the coagulation system. This led to many collaborations with the industry and many other universities. Stella was the main project manager of the numerous studies performed. She also performed some research projects herself. Together with Professor Jan Rosing, a sustained collaboration was made with the pharmaceutical company Baxter on several topics. Stella has ample experience with synthetic peptides directed to the anticoagulant protein TFPI which resulted in several research papers. Together with Professor Johan Heemskerk, she has studied the role of TFPI under flow. Her current research together with Dr Rory Koenen, involves the role of neutrophil proteins on the regulation of coagulation, and with Prof. Tillman Hackeng she develops different chemically designed peptides against TFPI.

She is involved in teaching through organising practical workshops for medical students and PhD students of CARIM. She has supervised two students from the technical bachelor biochemistry, and she has been mentoring FHML students since 2017.

Next to her laboratory activities, Stella is departmental emergency response officer (BHV) and has been member of the board of the World Thrombosis Day (WTD) organisation for five years. Since two years, she has also been board member of the PechaKucha public speaking organisation. In addition, she is member and current president of the American Toastmasters club in Maastricht. In 2018, she joined the Green Impact movement of Maastricht University, the Crossborders team which focusses on the improvement of sustainability at Maastricht University. 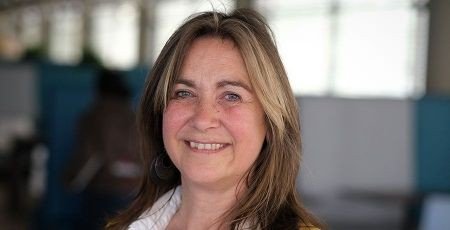