Harry Crijns is professor and chair of Cardiology and board member of the Cardiovascular Research Institute Maastricht (CARIM) at Maastricht UMC+. He studied medicine at the University of Amsterdam and was trained in cardiology and electrophysiology in Groningen and Maastricht. He is a Fellow of the ESC and a past board member of the EHRA. He is also past Chair of the Netherlands Society of Cardiology. He served on several guidelines committees for the management of AF. Currently he is the chairman of the scientific advisory board of the Dutch Heart Foundation.

His primary research focus continues to be atrial fibrillation (AF). He founded the RACE trials in the Netherlands and led the Euro Heart Survey on AF (ESC). He has established his reputation by introducing innovative concepts for diagnosis and treatment of AF by showing that - quite contrary to longstanding beliefs - electrical management does not change prognosis. This revolutionised management of the arrhythmia worldwide with the effect that major interventions like electrical cardioversion, catheter ablation and antiarrhythmic drug therapy are applied in a much more personalized fashion.

Subsequently his group showed that rate control in AF can be individualized thereby removing the previously used strict heart rate targets from the international guidelines. He also performed the Euro Heart Survey on AF and made many contributions to the field of stroke management in AF, such as the construction of well-recognised AF specific risk stratification scores for AF progression (HATCH), ischemic stroke (CHA2DS2-VASc) and major bleeding (HAS-BLED). These scores have practically conquered the medical AF community and improved patient care whilst boosting new clinical research throughout the world.

His research group now focusses on recent-onset AF, hybrid AF ablation, upstream therapy and vascular mechanisms for AF progression and stroke in idiopathic atrial fibrillation. He is (co-)author on over 650 scientific articles, with 56,677 citations and Hirsch-index of 100. 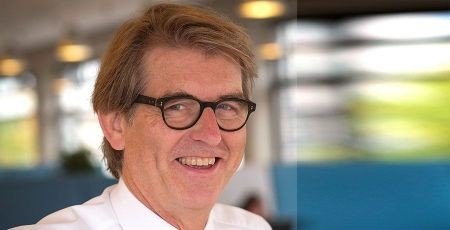