Mark Post is professor of Physiology and from 2004 until April 2019, Chair of Physiology. Prof. Mark Post received his medical degree from the University of Utrecht in 1982 and, at the same University, his PhD in 1989. As a post-doc, he joined Experimental Cardiology (Prof. C. Borst) to set up a Vascular Biology programme. From 1989 to 1996, he was senior investigator at the Royal Dutch Academy of Science. In 1996, Prof. Mark Post was appointed full time assistant professor in Medicine at Harvard Medical School, Boston, MA and continued research in Vascular Biology and more specifically neovascularisation. In 2001, he was appointed associate professor of Medicine and of Physiology at Dartmouth Medical School, Hanover, NH.

A year later, in July 2002, Mark Post returned to the Netherlands as a Professor of Vascular Physiology at the Maastricht University and Professor of Angiogenesis in Tissue Engineering at the Technical University Eindhoven. He was the Chair of the Department of Physiology at Maastricht UMC+ from 2004-2019 and is Chairman of the Dutch Society of Physiology. His main research interests are vascular biology and tissue engineering of blood vessels and skeletal muscle. These subjects are studied from their basic molecular aspects and cellular mechanisms up to preclinical models and eventually, patients and consumers. In addition, he pioneered the creation of meat from stem cells and presented the world’s first hamburger from cultured beef in 2013. As a result, he was awarded the World Technology Award for solutions that benefit the environment at the World Technology Network summit in 2013. Prof. Mark Post co-authored 175 papers in leading peer-reviewed scientific journals (Hirsch-index: 55, 10,700 citations) and received during his career close to 45 M€ in funding and awards from different sources including government, charity and industry.

He recently co-founded and is CSO of Qorium and MosaMeat, two start-ups respectively commercialising the technologies to produce bovine leather and cultured meat using tissue engineering. He is CEO of Cell2Tissue, a company that aims to develop technology platforms to support a variety of applications of tissue engineering 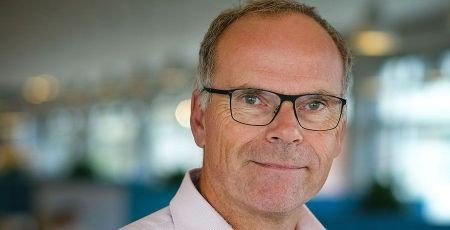