Dr Peyman Sardari Nia is a Senior Consultant Cardiothoracic Surgeon in the Department of Cardiothoracic Surgery at Maastricht UMC+, where he specialises in minimally invasive cardiothoracic surgery. Dr Sardari Nia earned his MD and his PhD from University Antwerp, Belgium, and underwent residency training in general surgery in the same city. Dr Sardari Nia was awarded the Pfizer educational prize in 2009: this prize is bestowed by the University of Antwerp on one young specialist for excellence in clinical, scientific, and surgical qualities during his or her whole residency across all the surgical specialties. Following his residency in general surgery, Dr Sardari Nia underwent a fellowship training in cardiothoracic surgery at St Antonius Hospital in Nieuwegein, the Netherlands.

Dr Sardari Nia is an all-around cardiothoracic surgeon with special interest in surgery for lung cancer and minimally invasive adult cardiac surgery, especially endoscopic mitral valve repair and VATS lobectomy. In addition to introducing and innovating minimally invasive approaches at his home institution, he is the founder and director of the EACTS courses in minimally invasive techniques for adult cardiac surgery and endoscopic mitral valve repair, using the high-fidelity simulator that he developed. He has been an EACTS councilor and a member of various EACTS committees since 2008. He is an associate editor of European Journal of Cardio-Thoracic Surgery (EJCTS) and a member of EACTS, The Society of Thoracic Surgeons, and the International Society for the Study of Lung Cancer.

The following projects have been developed as multi-disciplinary projects:
1. Development of hybrid-simulator for minimal invasive mitral valve surgery.
Real-time feed-backed simulator for endoscopic placement or reparation of Mitral valve with following characteristics:
• A physical model made, based on real anatomic characteristics of MIMVS, anatomic consideration of incision, different ports, video camera and the heart.
• Anatomic model of mitral valve annulus, leaflets and the papillary muscle
• Real-time simulator with electronic feed-back for placement of the stitches on the mitral annulus whereby the students get electronic feedback whether the stitches are correctly placed. The simulator proto-type was developed in 2013 and industrial type in 2014. Additional to this, an air-pilot training like-course with developed simulators was initiated in 2015 and 17 courses have been organised so far.
2. Pre-operative planning for minimal invasive cardiothoracic surgery. In this project, a 3D reconstruction based on available imaging is created pre-operatively. The surgical technique is than planned according to individual anatomic variations.
3. Personalised medicine concept: development and implementation of new tools and concepts to facilitate transfer of cardiothoracic surgery from craftsmanship to smart surgery. The concept of personalised medicine is characterised by three pillars: focussing on whole process of care (from pre-treatment, treatment to post-treatment) rather than the treatment, working with dedicated teams throughout the process and application of preoperative planning tools (3D reconstructions, 3D printing, simulation and navigation) to enhance the reproducibility, efficacy and safety. 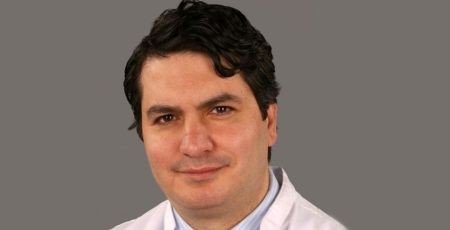